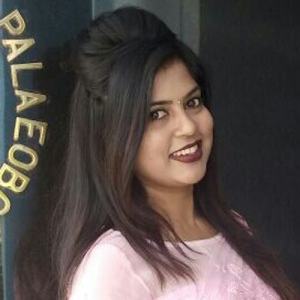 Dr. Shilpa Pandey received a Master of Sciences in 2005 from the Barkatullah University, Bhopal and Ph.D. in 2011 from the University of Lucknow, Lucknow, India. Her Ph.D. thesis is on- “Late Quaternary evolution of mangrove vegetation in relation to palaeoclimate and sea-level changes at the Chilka Lake, Orissa, India”. Presently, she is working as Scientist-D at the Birbal Sahni Institute of Palaeosciences, Lucknow. Her current research interests include Palaeoclimatology, Palaeoecology, Vegetation dynamics, Sea-level changes, Melissopalynology and Ethnobotany. She has significantly contributed on high resolution palynological records from eastern and western coastal regions of India to reconstruct Late Quaternary vegetational, climatic dynamics and paleo sea-level changes with reference to Mangroves. Also focusing on lacustrine sediments of Central India and Central Himalaya to understand Indian Summer Monsoon (ISM) variability during Holocene.