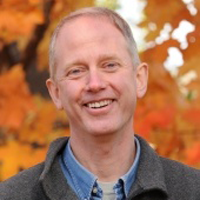 Erik Lilleskov studies how communities of soil organisms and the ecosystems they inhabit influence each other, and how these interactions are affected by human-induced changes such as air pollution or invasive species. In his research he is trying to understand how communities of symbiotic, tree-root associated fungi, called mycorrhizal fungi, are altered by changing atmospheric chemistry, in particular increased nitrogen deposition, ozone, and carbon dioxide. He is especially interested in whether changing communities of mycorrhizal fungi buffer or

increase the effects of environmental change. In addition, Erik is studying the effect of invasive soil organisms on forest ecosystems. His another recent area of focus is understanding how humans affect peatland ecosystems around the world. Peatlands store vast quantities of carbon and continue to be sinks for carbon under most conditions.